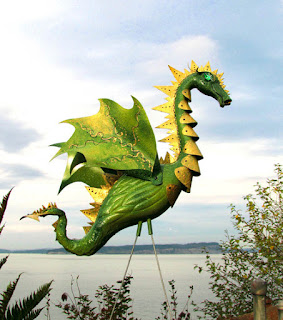 Email ThisBlogThis!Share to TwitterShare to FacebookShare to Pinterest
Labels: Stuff

A Wrinkle in Time by Madeleine L'Engle
My rating: 4 of 5 stars

Prince of Darkness by Sharon Kay Penman
My rating: 4 of 5 stars

Justice Lost by Scott Pratt
My rating: 3 of 5 stars

Disclaimer: I received a copy of this book for review.

This is the first book in the Darren Street Series I've read although it is the third book in the series. I do not know what happened in the first two books though there are references to some things that happened before the start of this one which I assume were the bases for the first two books. I've read Pratt's Joe Dillard series, and the writing style and story telling tone are very similar. However, the Street series seems to be of a darker bent. Where Dillard was a loving family man who resorted to extremes as a last measure, Street's first response are extreme measures by default.

The story starts with the death of Street's partner and their unborn child during delivery and what happens when Street tries to take an action he thinks his dead partner would approve of. When that does not work out as planned, he takes things into his own hands and the story goes from there. Whereas bad things happen to good people in the Dillard books, even the good guys are bad guys in this one. However, despite the generally dark bent of the story, there are some positive things that come out of the darkness.

Beren and Lúthien by J.R.R. Tolkien
My rating: 3 of 5 stars

T is for Trespass by Sue Grafton
My rating: 3 of 5 stars

A Great Reckoning by Louise Penny
My rating: 4 of 5 stars

Selected Stories by Fritz Leiber
My rating: 1 of 5 stars

Children of Time by Adrian Tchaikovsky
My rating: 5 of 5 stars

Sad Cypress by Agatha Christie
My rating: 3 of 5 stars

The Sittaford Mystery by Agatha Christie
My rating: 3 of 5 stars